DOUBTFULL FLUORESCENCE but cited by some authors 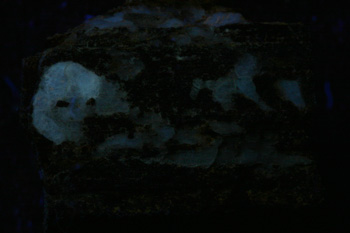 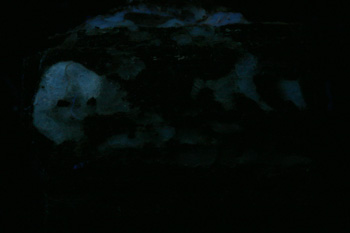 Natural cyclic hydrocarbon to be checked for luminescence (equivalent to α-phyllocladane)
The terpenoid minerals fichtelite (norabietane) and hartite (α-phyllocladane) seems to have a luminescence under UV LW. Some of these hydrocarbons occur in soil and peat environments of Holocene age. However, hartite occurs in lignite, in fossilised Glyptostrobus (Taxodiaceae) trees and in pelosiderites of the Bílina Miocene series (about 20 Ma); it represents the accumulated and crystallised product of diagenetic transformation of precursor biogenic terpenoids. Raman spectra of earth waxes investigated confirm their dominantly aliphatic character and oxidative degradation (related to weathering and/or subaerial alteration in museum cabinets).