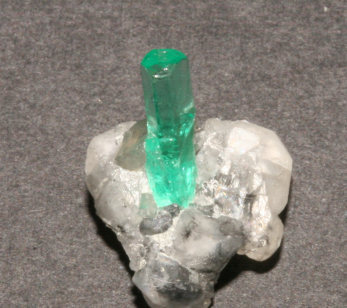 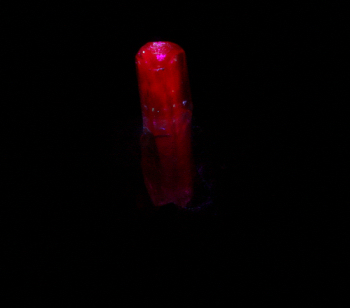 The gem variety of BERYL of green color. 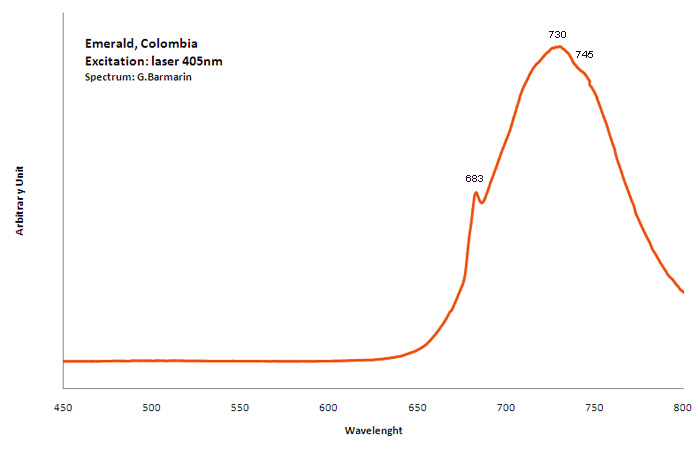 To the spectrum gallery (3 spectra in the gallery)

The broad band at 720 nm is connected with Fe3+, while the relatively narrow bands at 480 and 570 nm are ascribed to Mn2+ in tetrahedral and octahedral coordination, correspondingly.

The Cr3+ luminescence properties in natural beryl minerals have been studied as a function of the Cr content as well as impurities such as Fe and V. It appears that the Cr3+ crystal field is linked to the Cr amount and decreases when Cr increases. A competition between Cr and V was noticed for very low Cr concentration (Ollier et al. 2015). (Gaft)