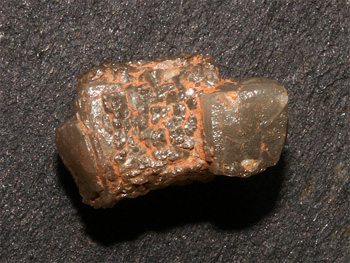 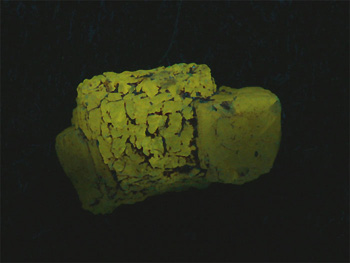 Probably the earliest phosphorescent mineral known after exposition to the sunlight.

In 1663, Robert Boyle first noted the triboluminescence of diamond when broken.

Blue or red Triboluminescence can be observed when sawing a diamond during the cutting process.

Mrs. Kunz wife of the well-known mineralogist possessed a prodigious diamond that was phosphorescent in the dark for some minutes after just being exposed to a small pocket electric lamp.

Kunz in 1895 attributed the fluorescence and phosphorescence that is shown by some diamonds to the presence of a hypothetical hydrocarbon, for which e gave the name tiffanyite.

About One natural diamond upon four is luminescent.

Natural blue diamond are semi-conductors and emits light when electrical current is passed through it (electroluminescence). 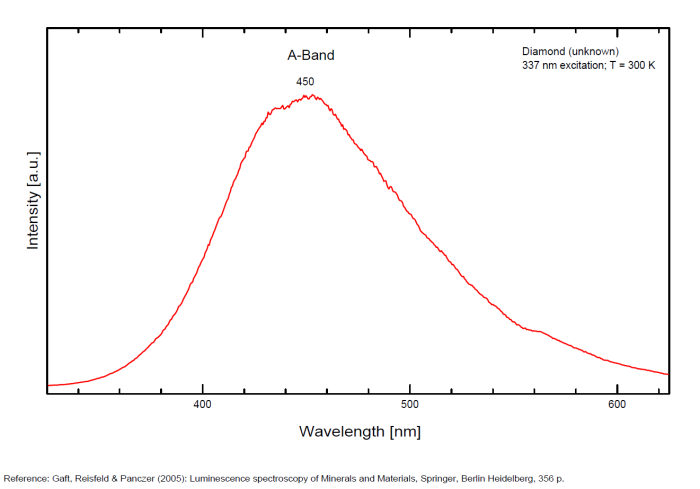 To the spectrum gallery (12 spectra in the gallery)

From more than 100 detected centers only for seven the models are determined, mainly based on EPR interpretations. The model includes identification of the impurity, vacancy, interstitial atom, their aggregations and their crystallochemical position together with quantum-chemical and spectroscopic description. (Gaft)

Luminescence of diamond is related to various defects in its structure, almost always related to N (Nitrogen) atoms.  It is logical, because the atomic radii of C and N are nearly equal (approximately 0.77 Å).

N3 center: color and luminescence center attributed to 3 Nitrogen atoms bounded to the same Carbon atom or a vacancy.  The luminescence spectra of this center is associated with a large peak at 440-450nm with a fine structure (peaks around 415, 428, 438 and 451nm) a lifetime: 30-40ns and an absoption energy of 2,985eV but other centers (Al imputity for exemple) contribute to this spectrum even if it is not possible aboce 170K to discriminate their contribution.

S1 center: a combination of one vacancy with one Nitrogen atom,  541nm

S2 center: a combination of two vacancies with one Nitrogen atom, 565nm

S3 center: a combination one vacancy with several Nitrogen atom

A-band at 480nm observed in natural diamond of type I

Some  blue diamonds exhibit a remarkable red phosphorescence such as Hope or Wittelsbach-Graff (both of Indian origin) and Blue Moon (South Africa Cullinan Mine);

All natural, untreated type IIb blue diamonds (diamond without Nitrogen but containing some uncompensated Boron) show a phosphorescence with two emission bands: one at 660 nm and another at 500 nm but for those three diamonds, unlike usually, it is the blue that decreases more quickly than the red causing this magnificent red phosphorescence.

Type IIb diamonds with orange-red phosphorescence are more commonly originated in India or Venezuela but not in the case of the blue Moon coming from the Cullinan Mine in South Africa where diamond are normally found with a more typical brief bluish phosphorescence.

After exposure to short-wave ultraviolet light, the Blue Moon display orange-red phosphorescence (around 660nm) that remain visible for up to 20 seconds. (see bibliography: Eloise Gaillou, Gems and Gemmology, Winter 2014)