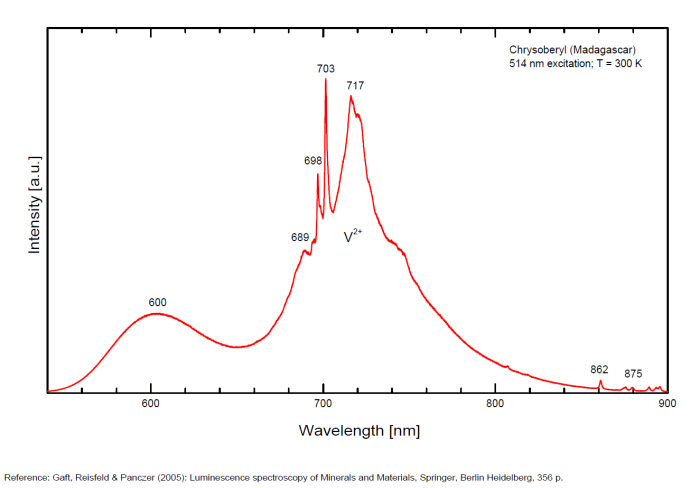 The Al3+ ions are octahedrally coordinated by the oxygen ions and occur in two not equivalent crystal field sites in the lattice.

The Cr3+ ions replace substitutionally the Al3+ ions, 78 % replacing Al3+ ions in one position and the rest going into the second sites.

The Cr3+ luminescence properties in natural chrysoberyl minerals have been studied as a function of the Cr content as well as impurities such as Fe and V.

A competition was found between Cr and V for very low Cr concentration with the vanishing of Cr3+ emission from Cr3+ ions located in inversion site. The Fe3+ ions

substitute in mirror site efficiently with a strong impact on the Cr3+ lifetime of mirror site (Ollier et al. 2015).